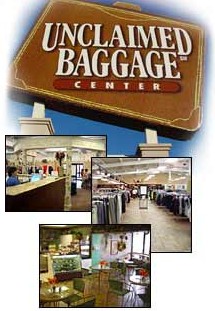 A couple months ago when I was flipping through channels looking for something to watch, I found the program, Extreme Superstores on the Travel Channel. Within the first few minutes I got completely caught up in a cross-country shopping spree that included everything from Daffin’s Candy, dubbed the world’s largest candy store, in Sharon, Pennsylvania, to the eight-square mile San Jose Flea Market in California.

The Extreme series picks a theme for each show, e.g., Extreme Mind-Blowing Hotels, Extreme Water Parks, Extreme Pig Out Restaurants, and then tracks down the most over-the-top examples of that theme. With a name like Extreme, the program is practically required to be overly enthusiastic and full of hyperbole, but it’s fun to watch and it’ll perk up even the most dormant travel gene. It certainly got my motor running as I watched the segment on the 20,000 square foot candy store. As an avowed candy junkie, I plan on making a pilgrimage one day soon.

After the candy store, the most interesting shop on the program was also the most unusual one.

Abandoned treasures
As you may have heard, sometimes airlines lose luggage. But what happens to the luggage that is found and can’t be reunited with its owner? That’s where Extreme Superstore No. 4 comes in. The Unclaimed Baggage Center in Scottsboro, Alabama, buys the orphaned luggage and all of its contents from airlines around the world. They clean it, price it, and sell it to the public. What a great idea. My inner bargain hunter wanted to see what kind of deals I could find, and my inner voyeur was interested in seeing what kind of stories these lost treasures told.

As Hon and I planned our trip west, we kept the store in mind. It would be about two hours out of our way since we weren’t planning on passing through Scottsboro specifically. Other than Unclaimed Baggage, there isn’t much to do in this remote little spot in northern Alabama. Right off the main highway, there’s a Walmart and some restaurants and that’s about it. Once you get into Scottsboro, you have to drive even further to get to Unclaimed Baggage, which sits four miles off the main road, near the site of the original store that opened on a much smaller scale in 1970.

After watching Extreme Superstores, I did some internet research. It turns out the Unclaimed Baggage Center is world renowned. It’s website alone features enthusiastic quotes from World News Tonight, Wall Street Journal, London Free Press, CNN, Vogue, et al. A Google search brings up more than 17,000 results. After reading about all the treasures and the shoppers who visit week after week finding amazing bargains every time, we decided a trip to Scottsboro would be worth the extra miles. We weren’t the only ones. Every year, thousands of visitors from around the world pass through Scottsboro, like so much lost luggage.

Through the front doors
The store’s popularity is often exaggerated in the press with claims that the store hosts a million visitors a year and is the state’s biggest attraction. That’s not quite accurate. A 2008 report from the Alabama Department of Tourism says the Gulf Coast beaches are its biggest draw, bringing in more than 4.5 million visitors in 2007. Unclaimed Baggage welcomed just under 850,000 shoppers, making it the fourth largest shopping destination in the state, behind The Riverchase Galleria in Birmingham, Tanger Outlet Center in Foley, and the Bass Pro Shop in Prattville. Being #4 is not as exciting as being #1, but considering that it is one store, tucked away in a tiny little Alabama town, it’s a pretty impressive feat.

As we were en route, I questioned whether we might be lost ourselves. Our driving lanes kept tapering, first four lanes, then three, two, and one. I checked my iPhone a few times just to make sure we had the correct Unclaimed Baggage Center. Could there be more than one? I didn’t think so, but this seemed like such an unlikely location for a store that garnered international attention. We kept on driving and finally saw the big sign announcing “Unclaimed Baggage Center.” Whew, we made it!

With all the gushing praise from the media, I imagined some kind of neo-bargain basement experience with the secret contents of suitcases and steamer trunks spilling out onto the floor and customers scrambling to get their hands on the best of the booty.

In reality, Unclaimed Baggage is a big thrift store with a lot going for it. Aside from being the black hole for waylaid luggage, the store is as big as a city block, it’s clean and well-organized. Every day, 7,000 items come into the store. Clothing makes up 60% of that, the rest is a mix of electronics, jewelry, bedding, garden tools, skateboards, surf boards, musical instruments, medical instruments, suitcases (empty ones), wedding dresses, travel mugs, paintings, eyeglasses. The list goes on longer than the world’s longest packing list. Yet even with all that inventory, I found a surprising little that interested me enough to warrant a purchase. Maybe I was turned off by the excessive spirit of consumerism all around me, or maybe it was the prices. Considering everything is second-hand, and it’s bought in bulk from an industry that is probably thrilled to be rid of it, the prices were much higher than I expected and that just annoyed me.

As far as finding the stories that these lost treasures told, well, they’ve all been erased, at least as far as I could tell. Everything in the store has been sanitized and de-personalized. Before selling anything to Unclaimed Baggage, the airlines go through their own stringent process of trying to reunite owner and luggage, so most items arriving at the store are already anonymous. Once merchandise arrives, it goes through a thorough check-up and cleaning, so by time it gets to the shelves all identifying marks are long gone.

I’m glad we took the side trip to Scottsboro. We really wanted to see the store so it was worth the effort, but while I was there I felt sad and kind of empty. As I stood looking at a long wall of plastic baggies filled with hundreds of earbuds, adapters, USB plugs, etc., I thought I was feeling sad for the anonymous travelers who once cared enough about these things to pack them up and take them along. Then I realized I was feeling sad about some things in my own life.

Letting go
In packing for our move to Phoenix, I had given away a lot of “stuff” that once meant a lot to me. I knew it was time to let go of these things, but letting go can be hard, even in the best of circumstances. I was feeling the sadness of loss and saying goodbye, not just to things, but to the people back in Baltimore who meant a lot to me: Dennis, Christina, Keith, Megan, Nate, Nicholas.

It’s true I was moving onto another phase of my life that is exciting and full of hope, but I was missing my friends and it hit me right there in front of the earbuds. I let the tears come for a few minutes, until I saw the cutest little tote bag, which was exactly what I needed for the road trip. Not one to dwell in the past, I walked over and checked it out before someone else got their hands on it. Then I went off to explore the rest of the store in hopes of discovering something fantastic like the things I’d seen on Extreme Superstores. Perhaps I’d find a suit of armor or a Barbie doll with $500 stuck in her head.

No luck there, but I did find Hon checking out the tools back in the Annex, a separate building that sells an ever-changing mix of brand new items that come in from unclaimed cargo..

We ended up leaving the store with a $3.99 tote bag for me and a $2 knee brace for Hon’s sore knee. It wasn’t much loot considering all the build-up, but I guess we got what we needed.

After we left the store, I was trying to make a connection between people and travel, the things they take, and the things they lose. I wasn’t looking for a big revelation or the great secret of life. I just wanted a little insight, and after thinking about it for a long time, I got some. It’s this: If you care very much about something, don’t pack it in a suitcase, but if you have to, make sure it’s a carry-on.

One thought on “Finding Insight in the Lost Luggage”