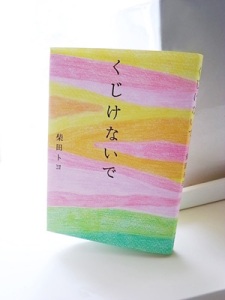 Japan’s Toyo Shibata was 92 when she started writing poetry.  Her self-published anthology, “Kujikenaide,” (Don’t Lose Heart) has sold 1.5 million copies in Japan since its publication in 2009.  With sales like that, I’m sure American publishers will take note.  Now that her story has been published in Reuters and is being picked up by mainstream media around the world,  I’m hopeful that it’s only a matter of time before her book hits the shelves in the U.S.  I definitely plan to be in line to buy it.

For more information, here’s “A Little Encouragement” from the blog, From Tokyo to the World.

Few people can say they’ve lived as long as Toyo Shibata [柴田トヨ]. At 99, she has seen two world wars, four emperors and 81 prime ministers. Over the span of such a long life, one would hope to acquire valuable wisdom about the world and how to be happy. Ms. Shibata has. She is the author of a bestselling anthology of poetry published early last year with the title “くじけないで,” or “Don’t Be Frustrated” [though I would translate it as more like “Hang i … Read More

Resources: The Daily Post, The Book Bench, From Tokyo to the World