When I think about my career path, I often envision the old Bugs Bunny cartoon where Bugs gets knocked out by a girder and sleep walks through a construction site.  Just as he’s about to plummet off the edge of a girder, another one moves into place and he  keeps on walking.

There have been times I tried to plan my professional life, but confusion, too many choices, uncertainty about my aptitude or skills, kept me from anything too definitive.  The truth is, my career  has been a bit of a Looney Tune.  I have moved along, step by step, blissfully unaware of what lies ahead.  Just when I’m about to step off the edge, another girder carries me to safety.

Despite the meanderings, “what I do” has always been somehow connected to words, and I’m happy where I’ve landed.  The ground feels pretty solid right now, even though I know that might be the sleep walker talking.  If so, I know the next girder will lead to something interesting.

I was happy to find this interview with Margaret Atwood.  She talks about confusion over her career choices.  At various times, starting at age 8, she thought about becoming a clothing designer, a home economist, and a biologist.

“Then the writing took over,” she says.

I know the feeling.

Do you want me to tell you something really subversive? Love is everything it’s cracked up to be. That’s why people are so cynical about it … It really is worth fighting for, being brave for, risking everything for. And the trouble is, if you don’t risk everything, you risk even more.
— Erica Jong
“How to Save Your Own Life”

The Monday Motivator is a quote posted each week to encourage, inspire, and motivate writers of all skill levels and across genres.  If you have a favorite quote to share, let me know and I’ll post it here.  Click here to see past Monday Motivators.

What would you think if I told you that in 2010 magazines like Harper’s, The New Republic, Poetry Magazine, Granta, The New Yorker, and most of the other big names, published more work written by men than by women?

Would it shock you?  Surprise you?  Raise an eyebrow?

What if I told you that those magazines didn’t publish just three or four more articles by men than by women, they published three or four times more.  It calculates like this:

That raises more than eyebrows, it raises questions and VIDA is doing the asking.

VIDA, a literary group formed last year in response to gender inequality in print, has just published The Count.  I might have called it “The Countess,” but that’s probably too cutesy.  The Count is literally that, a count of male to female writers in the country’s most prestigious magazines, and it is proof positive of just how skewed the ratio is.

“Our count is by no means a blame-game,” says Cate Marvin, VIDA co-founder. “It was time to stop speculating that things didn’t seem entirely fair and find out if we did in fact have reason to be concerned.  The conversation only begins with the numbers.”

More data on submissions and books published by gender is needed for a true picture, but what is included in “The Count” makes it clear that there is a startling imbalance and something needs to be done.  Yes, the conversation has started.  As a woman who writes, it’s now my responsibility to be a part of it.

For more details, read the study by VIDA: “Numbers don’t lie. What counts is the bottom line.”

For an analysis of the numbers, read A new tally by VIDA shows how few female writers appear in magazines from slate.com.

Today’s Monday Motivator is from Gertrude Stein, whose birthday is this week on February 3, 1874.  Much of Ms. Stein’s work, like the quote above, can be mistaken for silly or senseless.  Some critics called her work elitist and arrogant, but Stein played with words the way another artist would play with her medium.

Friend and patron Mabel Dodge Luhan described it like this:

“In Gertrude Stein’s writing every word lives and, apart from concept, it is so exquisitely rhythmical and cadenced that if we read it aloud and receive it as pure sound, it is like a kind of sensuous music.  Just as one may stop, for once, in a way, before a canvas of Picasso, and, letting one’s reason sleep for an instant, may exclaim: ‘It is a fine pattern!’ so, listening to Gertrude Steins’ words and forgetting to try to understand what they mean, one submits to their gradual charm.”

The Monday Motivator is a quote posted each week to encourage, inspire, and motivate writers of all skill levels and across genres.  If you have a favorite quote to share, I’d love to include it.  Click here to see past Monday Motivators.

Resources: The World of Gertrude Stein, The Daily Post

“Blame it or praise it, there is no denying the wild horse in us.”
— Virginia Woolf
from “Jacob’s Room”

I chose this quote in honor of Virginia Woolf’s 129th birthday, tomorrow, January 25.  What do the words evoke in you?

The Monday Motivator is a weekly quote posted to encourage, inspire, and motivate writers of all skill levels and across genres. If you have a favorite quote to share, I’d love to include it.  Click here to see past Monday Motivators. 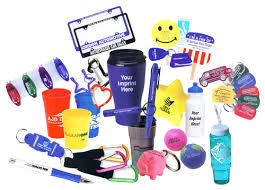 Scholarship donations, iPads, twofers, and an endless assortment of junk drawer schwag.  Authors are turning to non-traditional marketing to boost sales and pick up the slack left by publishers who no longer have the budget.

In How Authors Move Their Own Merchandise on WSJ.com, reporter by Joanne Kaufman looks at a few novel (and successful) approaches.

Unless you live in Chicago, you probably don’t hear much about Nelson Algren anymore, and that’s too bad.

The Chicago writer would have been 101 years old today, and it’s likely he wouldn’t be surprised by his obscurity.  Even at his most popular, after winning the first National Book Award for The Man with the Golden Arm, and earning the praises of Ernest Hemingway, Simone de Beauvoir, and Richard Wright, among others, critics either ignored or condemned him.

His subjects, his voice, his own personality was not as polished and presentable as other writers of his day, but he wrote what he knew.

Algren grew up in Chicago, where most of his stories are set in the city’s seedy underside. His subjects were equally dark: Drug addiction, racism, poverty, crime. He wrote of junkies, pimps, prostitutes, and grifters. He addressed pressing social issues long before it was fashionable, and he wrote about them with an authentic, strong, unforgiving voice that brought his characters to life and still rings true.

Algren’s black humor novel A Walk on the Wild Side is the story of Dove Linkhorn, a naive Texan who travels to New Orleans to find his lost love, Hallie, who turns out to be a prostitute. This novel is often called Algren’s masterpiece. He describes it this way,

The book asks why lost people sometimes develop into greater human beings than those who have never been lost in their whole lives.

Lou Reed’s song about male prostitutes and transvestites, Walk on the Wild Side was inspired when Reed was approached to write a musical version of Algren’s novel, which never materialized.

While critics weren’t kind to Algren, the city of Chicago actively berated him, saying his characterization of the city was grotesque and exaggerated. The city held a grudge, too.

After Algren died on May 9, 1981, when Chicago’s West Algren Street was named in his honor, the residents complained so much that the name reverted back to West Evergreen Street. Even the Nelson Algren Awards, an annual writing contest for short fiction created by the Chicago Tribune was discontinued after a few years.

Algren died on May 9, 1981, and by 1989 all of his work was out of print.  Thankfully, The Nelson Algren Committee founded by Studs Turkel changed that and Algren’s work has been available print ever since.

I’m inspired by Nelson Algren, by his writing, by his voice, and by his commitment. He wrote what he knew with brutal honesty. It wasn’t the fast path to celebrity or success, but through the years he has finally gained the respect he sought. He’s not remembered or read as often as Hemingway, Faulkner, or Fitzgerald, but he’s still read and that’s a testament to his dedication and his talent.