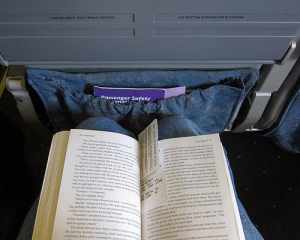 Literature and travel.  They’re as good together as chocolate and peanut butter.  Thanks, Reese’s!  One of my favorite things to do while traveling, is visit an author’s home.  I find it inspiring and motivating to be in the presence of greatness, and I often leave a visit with a renewed commitment to my writing.

I’ve seen many homes already and plan to keep going, but one of the challenges in planning a visit like this, is that there’s no clearing house of information on these homes.  They’re not exactly Disney (to some), so tourism guides often overlook them.

A.N. Devers, a writer with an obsession similar to mine (the literary/travel one, not the chocolate/peanut butter one), found the same thing.  In response, she created Writers’ Houses, an online travel guide to writers’ homes in the U.S., with a sprinkling of homes around the world.  The homes are searchable by author, city, state, or country.  Each listing includes links, photos, hours, addresses, and other details to help make trip planning easier.

The website, launched in July 2010, is a work-in-progress, and Ms. Devers hopes to expand it with contributions from other literary travelers.

To get your trip started, here are a few of the literary landmarks I’ve visited: 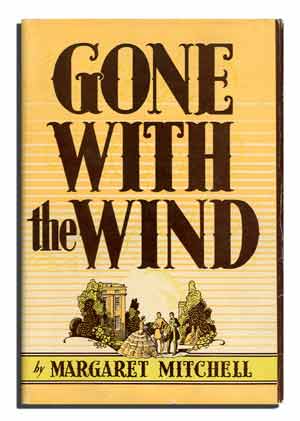 Margaret Mitchell started writing “Gone with the Wind” while stuck in bed with a broken ankle.  The story goes that she balanced a typewriter on her knees and got to work.  She wrote on and off for ten years, creating scenes as they came to her.   Scarlett O’Hara, Rhett Butler, and Tara came to life in this novel about the Civil War and Reconstruction.

When she was done, the 1,000 page manuscript was typed, handwritten, and scrawled on the back of assorted household lists.  She had it hidden in envelopes scattered throughout the house.

Mitchell wrote for her own amusement and didn’t intended to publish until a friend’s off-hand comment that Mitchell was “too silly” to write a book incensed her enough to give the manuscript to Harold Latham from Macmillan Publishing, who was in town scouting Southern authors.  Insecure about her writing abilities and afraid of public ridicule, she changed her mind a few times, but just before Latham returned to New York, Mitchell gathered up as much of the manuscript as she could find, and stuffed them into a suitcase. She handed the overloaded suitcase to Latham, saying, “Take it before I change my mind.”

By time she got home, she panicked and telegrammed  Latham, “Have changed my mind. Send manuscript back.”  But it was too late, Latham read enough to know it would be a bestseller.

“Gone With the Wind” was published on June 30, 1936, and sold half a million copies in the first six months.   It was awarded the Pulitzer Prize in 1937, and the blockbuster movie premiered on today’s date, December 15 in 1939, at Loew’s Grand Theatre in Atlanta.  It is one of the most beloved novels of all time, selling more than 30 million copies in 25 languages.  The film became the highest-grossing film in Hollywood history and received a record-breaking ten Academy Awards.

Pretty good for a “silly” housewife.